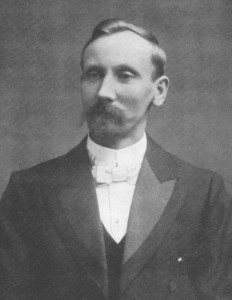 * He took some of the most famous photographs of the atrocities in the Congo under the rule of King Leopold II of Belgium that were used by writers such as Mark Twain.

* He was the first to hold public meetings in the campaign which would stir the conscience of the public and force a change of regime in the Congo.

* As the first Faroese-speaking, full-time Brethren evangelist, he had a crucial role at a critical juncture in the spread of the movement within the Faroes.

Article (PDF): Daniel J. Danielsen: The Faeroese who Changed History in the Cong

A forgotten tombstone in an old island cemetery started Óli Jacobsen on his quest. Through painstaking original research, he persuasively makes a convincing case for each of the book’s central claims. It rescues Daniel J. Danielsen from the obscurity into which he had fallen and restores him to his rightful place in history. The book also paints a fascinating portrait of a man and his times, and how this ‘fearless soldier of the Lord’ campaigned tirelessly to change them.
– Dr Neil Dickson, Editor of Brethren Historical Review

It is a splendid piece of research and I have greatly profited from what you have written.
– Professor Dean Pavlakis 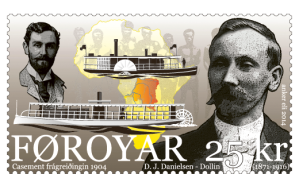